Participate with island’s marine biologists to discover the Maldives: daily lessons and excursions

There is a resident marine biologist on the island to answer any questions from guests who wish to learn more about the subject.

These are the species which can be viewed around the island of Thudufushi:

Clownfish: One of the most famous fish of the Maldives, it lives in harmony with the sea anemones, hiding among its tentacles. Each anemone hosts a harem of clownfish, made up of numerous males and a single dominate female. Clownfish are able to change gender; they are born male and once they reach a certain size become female.

Batfish: Naturally curious and completely harmless, batfish elegantly approach the flippers of snorkelers and divers. The young fish have a completely different body shape reminiscent of a leaf transported by the current, to confuse predators and aid survival.

Parrotfish: So-called because their mouth is reminiscent of a parrot’s beak. In fact it uses its robust beak to scrape algae from the surface of the corals, producing a characteristic sound. After sunset it resides in clefts, producing a bubble of mucus which hides it from nocturnal predators.

Surgeonfish: An eye-catching and brightly coloured group of fish, surgeonfish are important for the marine ecosystem as they feed on the algae which cover the corals. They are called surgeonfish because both sides of the tail fin’s base are covered with a sharp bony spine like a scalpel.

Table acropora corals: A genus of coral shaped like a table which can be found everywhere in the shallow waters of the reef. It provides shelter to a great number of barrier reef fish.

Brain coral: So-called because of its shape similar to a human brain.

Mushroom coral: A solitary coral, at night it extends its numerous tentacles to feed on plankton. An interesting fact is that this coral can use its tentacles to move.

Manta ray: A majestic sea creature, it seems to fly elegantly through the water. One of the most pleasant and moving experiences in the Maldives. It can have a wingspan of 4 metres.

Whale Shark: The gentle giant of the Maldives, it is possible to swim next to one of these creatures in complete safety. The typical speckled coloration allows each individual to be recognised. To the south of the Ari atoll there is a nursery area where numerous young whale sharks between 4 and 8 metres congregate.

Hawksbill turtle: Among the corals of the barrier reef it is possible to spot numerous sea turtles, intent on eating sponge and small sea anemones. Every now and then they can also be admired as they come to the surface to breathe. 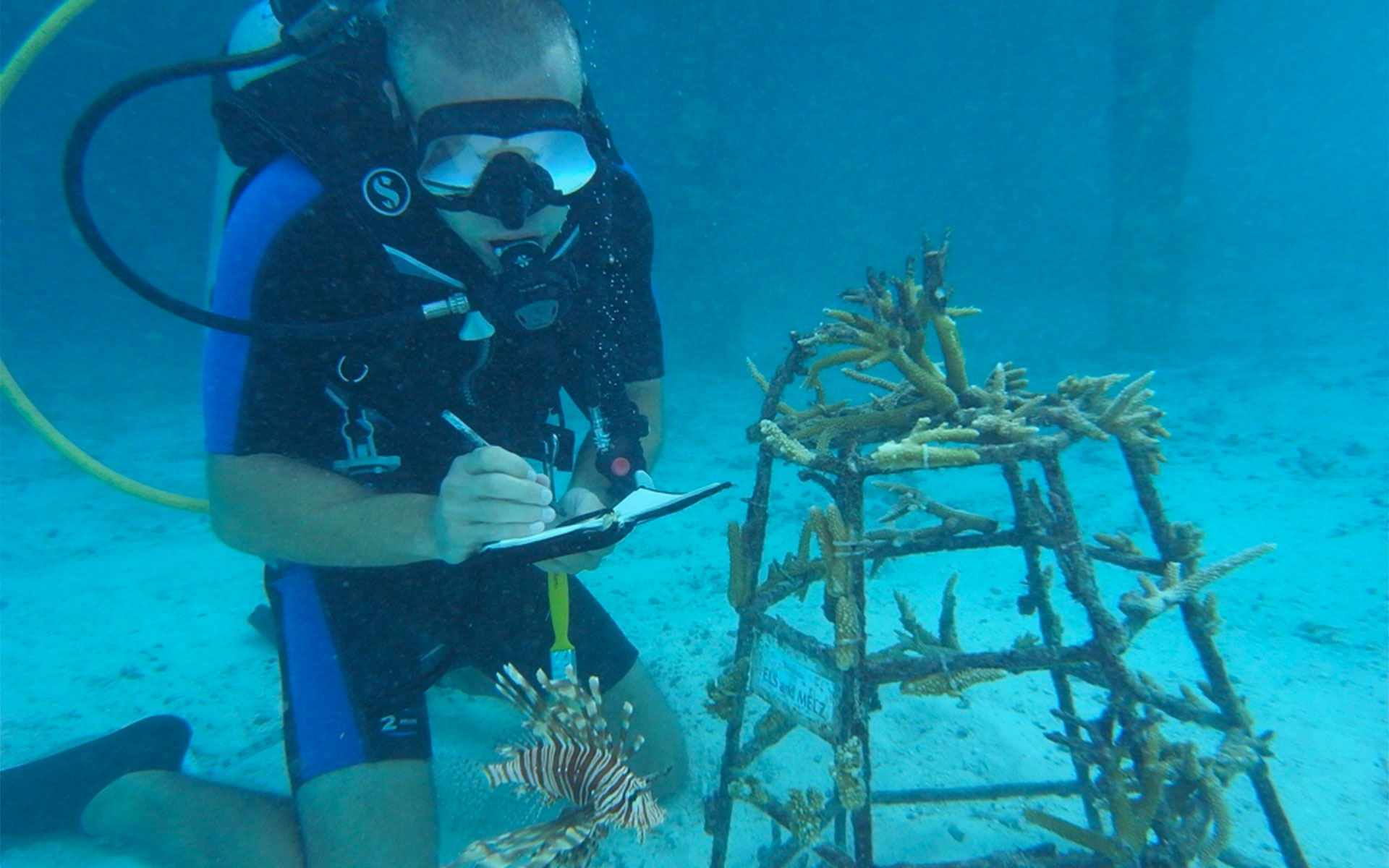 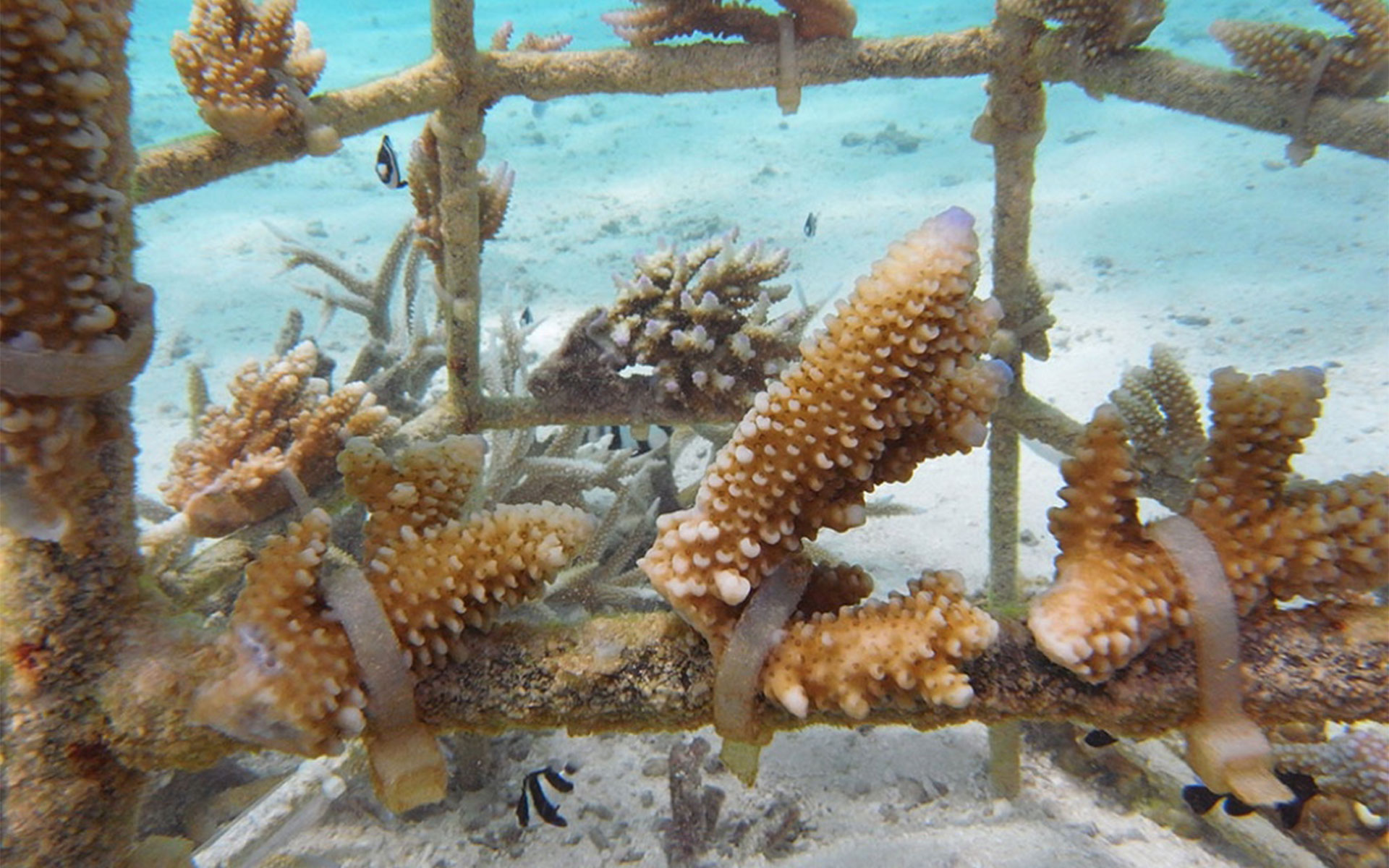 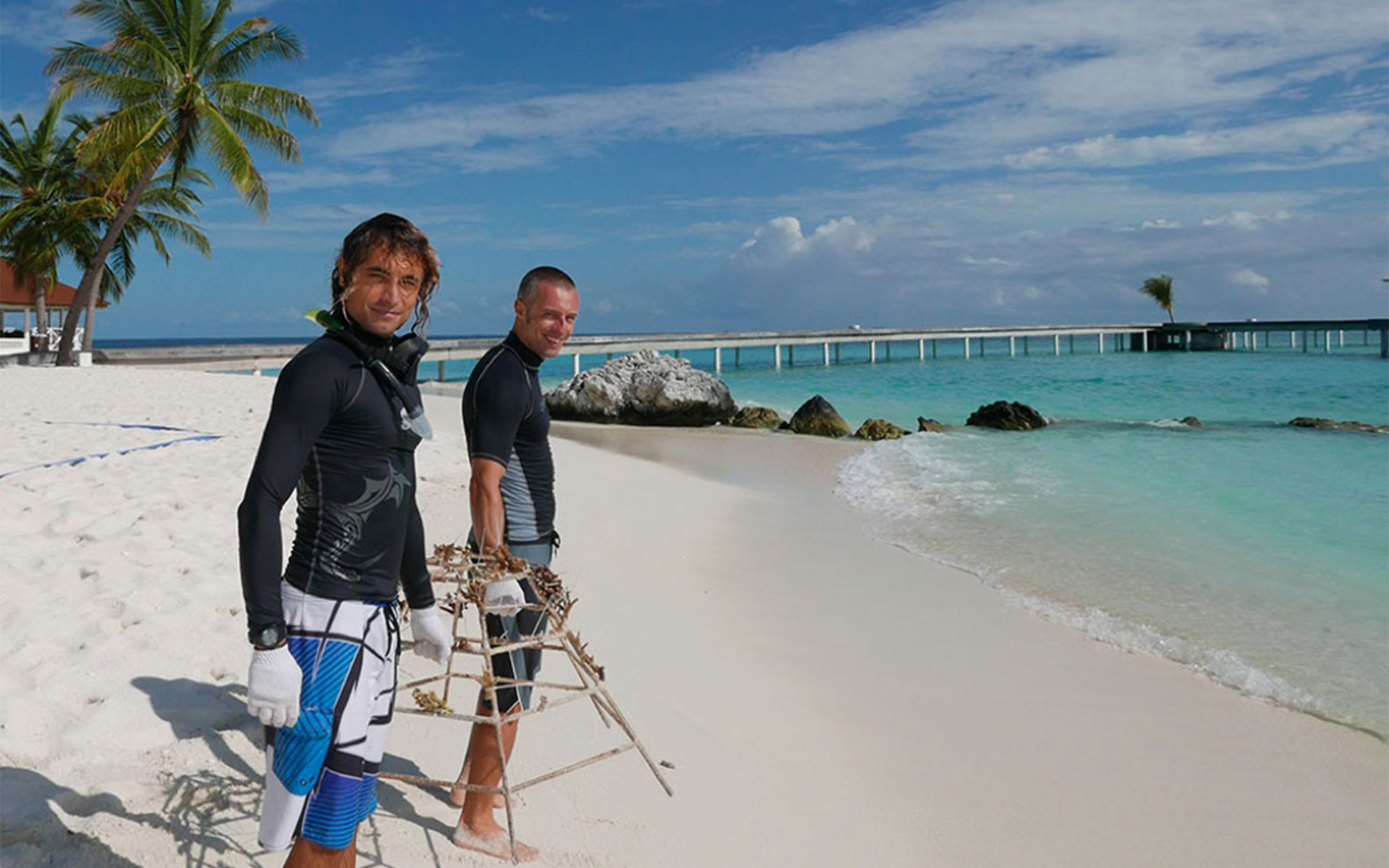 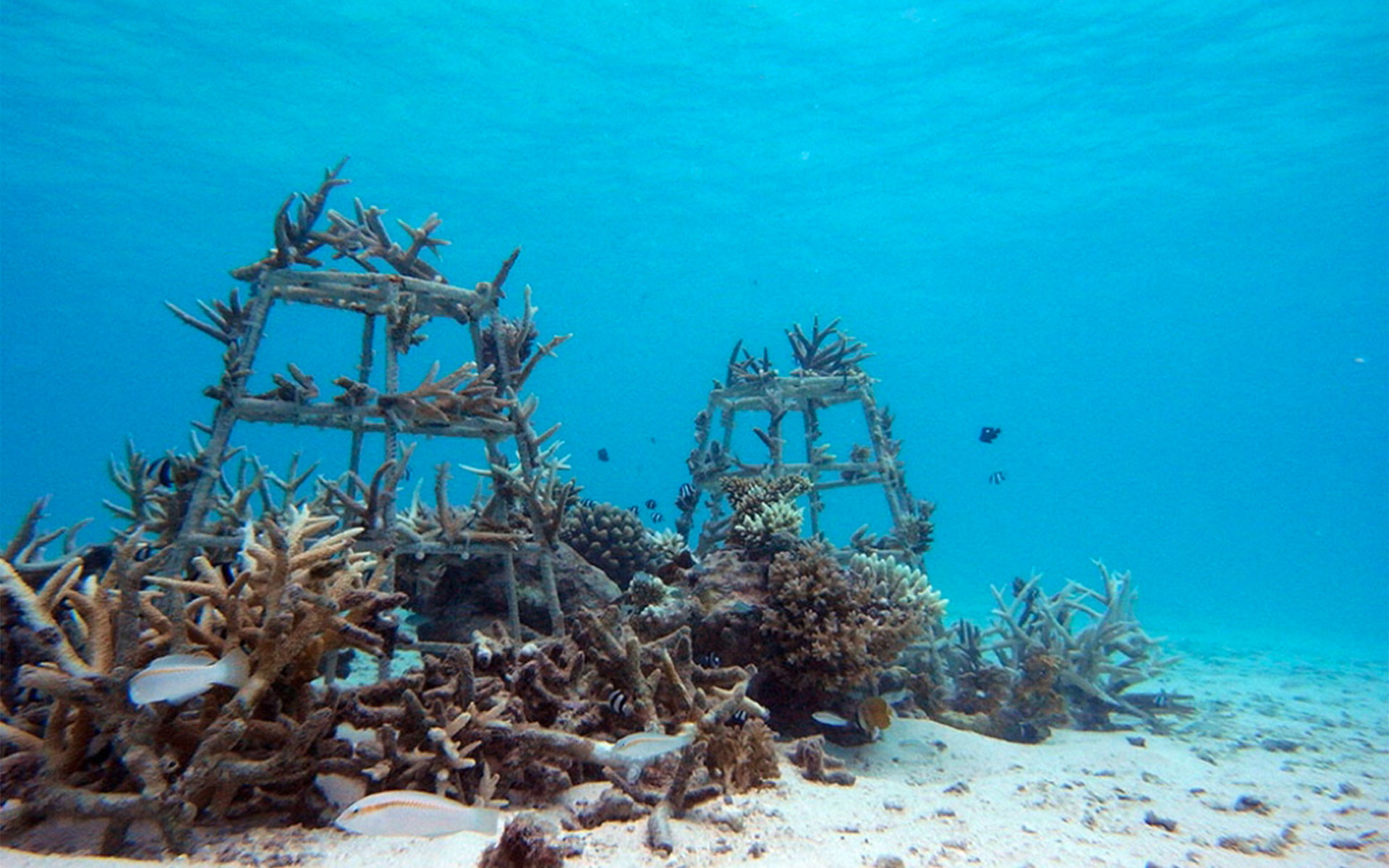 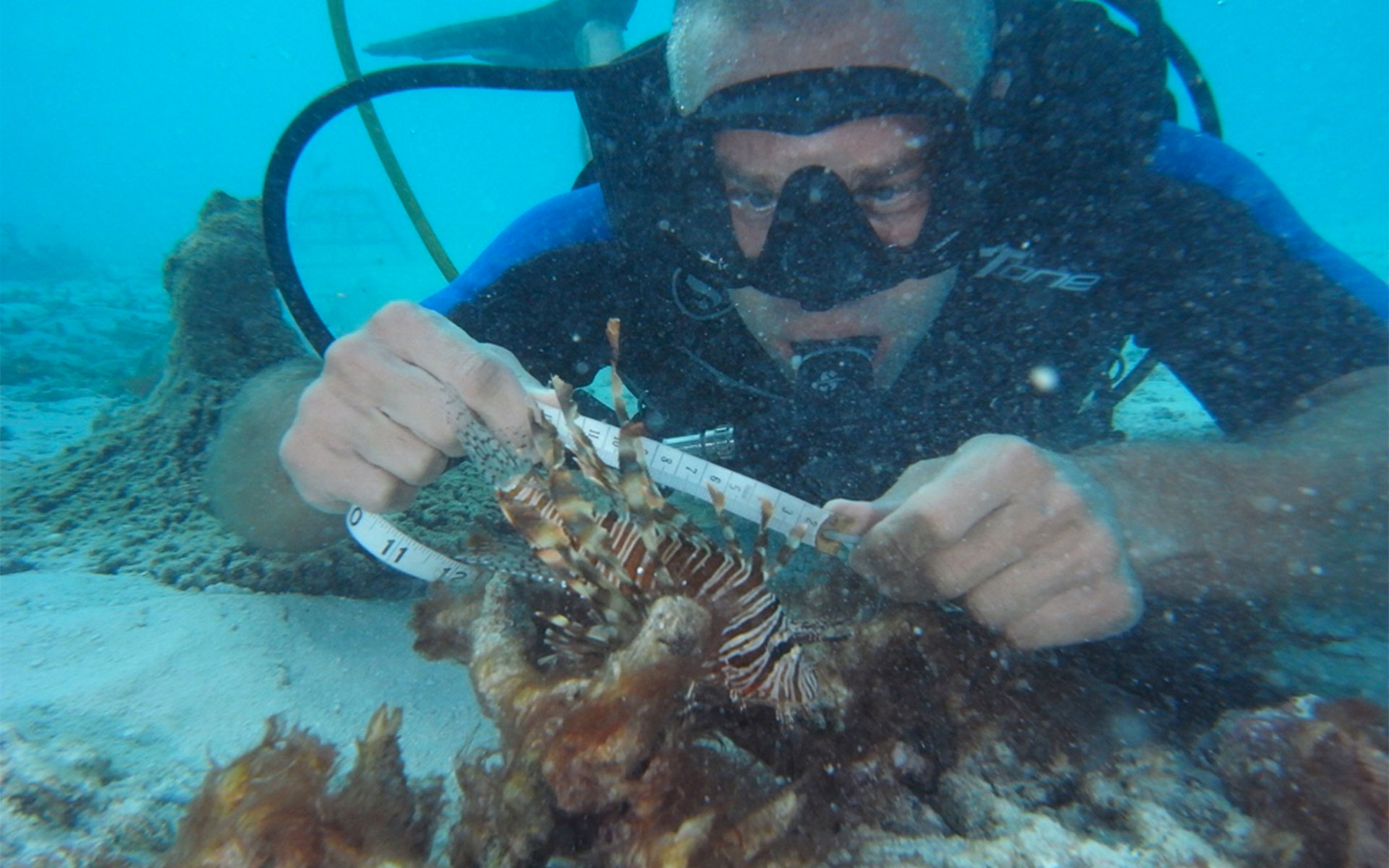 Water sports
The following activities and services are available on the island: Windsurf Canoe Snorkeling equipment and life jackets Snorkeling tours of the reef Snorkeling boat Boat...
More info
Activities
Please kindly be informed that pandemic restrictions and its legal requirements might lead to adjustments in the resort’s activities. Our Activities team is pleased to...
More info
ENJOY REAL HOSPITALITY

SUPERIOR IN STYLE, EXCELLENCE IN VALUE